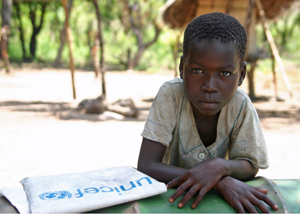 GRN has been working in South Sudan since 1999.

While exploring the needs of the South Sudanese population, GRN Director, Tom Zurowski, found that in every village, Christian education was the overwhelming request of the people.

During one of these fact-finding missions, the Nugent School was discovered. Hidden in the bush and littered with land mines, the dilapidated buildings stood only as a reminder of better days when the Christians in South Sudan were free to live normal lives.

After years of hard work, GRN staff members turned over the Nugent School to the local government in 2012.

The project lasted ten years and was worth all the effort and money put into it. Lives have been and continue to be changed for the glory of God.

Along with the renovation of The Nugent School, GRN has assisted countless persecuted Christians. Whether it was on the front lines (during the war), deep in the land mine infested bush of Equatoria or in the Nuba mountains, GRN has been privileged to aid our persecuted brothers and sisters of South Sudan.

GRN has also had the privilege of helping thousands of people affected by The Lord’s Resistance Army (LRA), led by an African warlord, Joseph Kony. The LRA has brutally beaten, raped, displaced, abducted and killed tens of thousands of people. GRN is helping to bring healing to thousands of victims by sharing God’s love and through practical projects of support. These projects include water wells, the distribution of refugee kits, seeds, food, clothes, medicines, mosquito nets and tools. Along with many others, we aided 460 families to resettle in Rujango, South Sudan. These families were forced out of their village after an LRA attack. 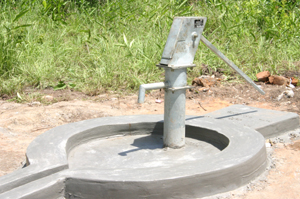 GRN is currently working in Koggi Village, Juba County – South Sudan. We will be erecting a new work station, a nursery school and church that will serve the residents of this area.

Please pray for GRN as we continue serving in South Sudan. You can stay up to date with our projects in South Sudan by visiting our blog.